It’s been a very long time since we’ve updated. I just wanted to share with the Tripawds community that yesterday was Chloe’s 12th birthday, and today is her 6th anniversary of her amputation. 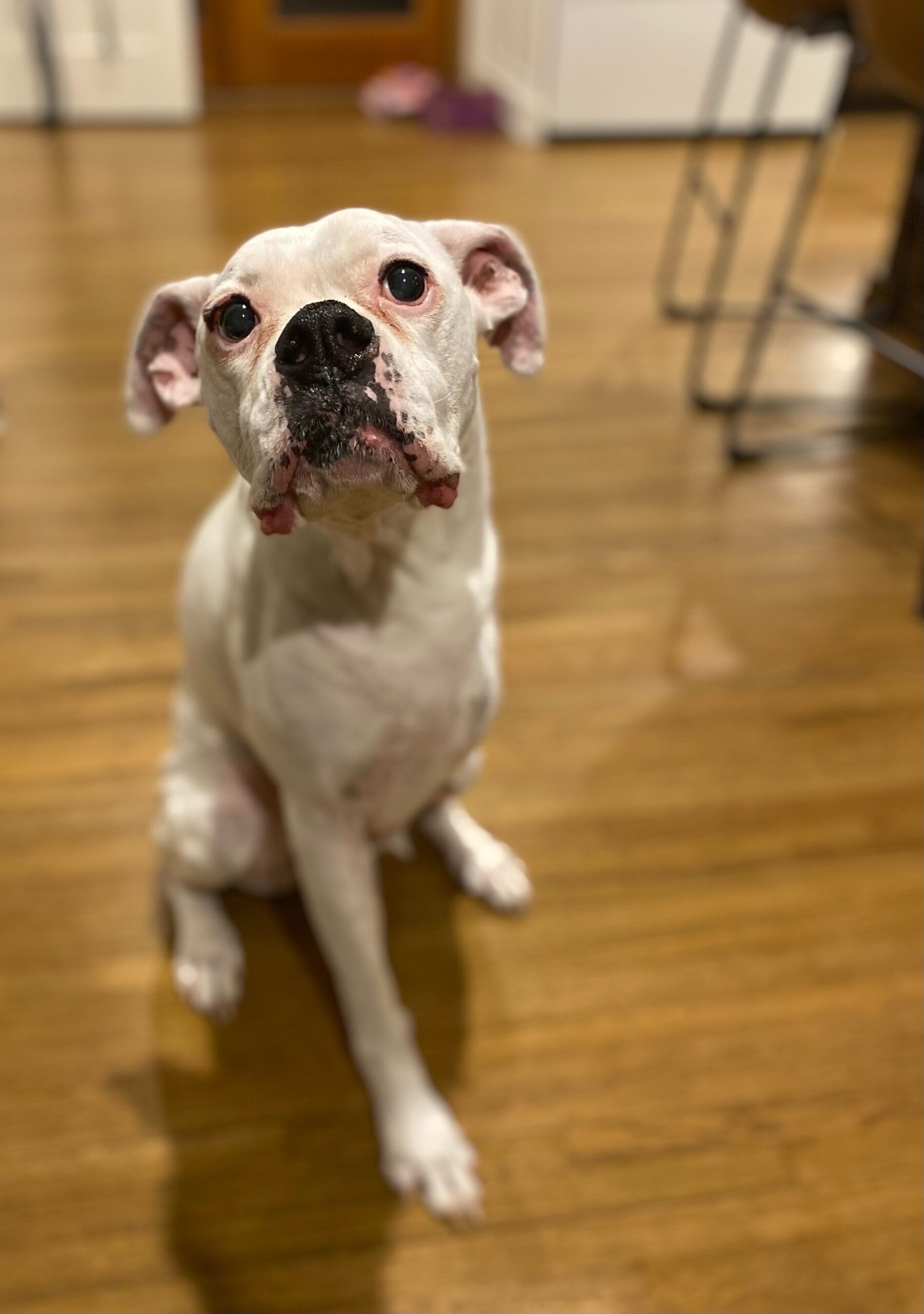 We said goodbye to Chloe’s four legged boxer brother, Jenson, ten days ago. It’s been emotionally difficult to have two aging boxers, and yet every month with Chloe has felt like borrowed time. We hoped, but never expected, that she would be with us as long as she has with such a life changing surgery. 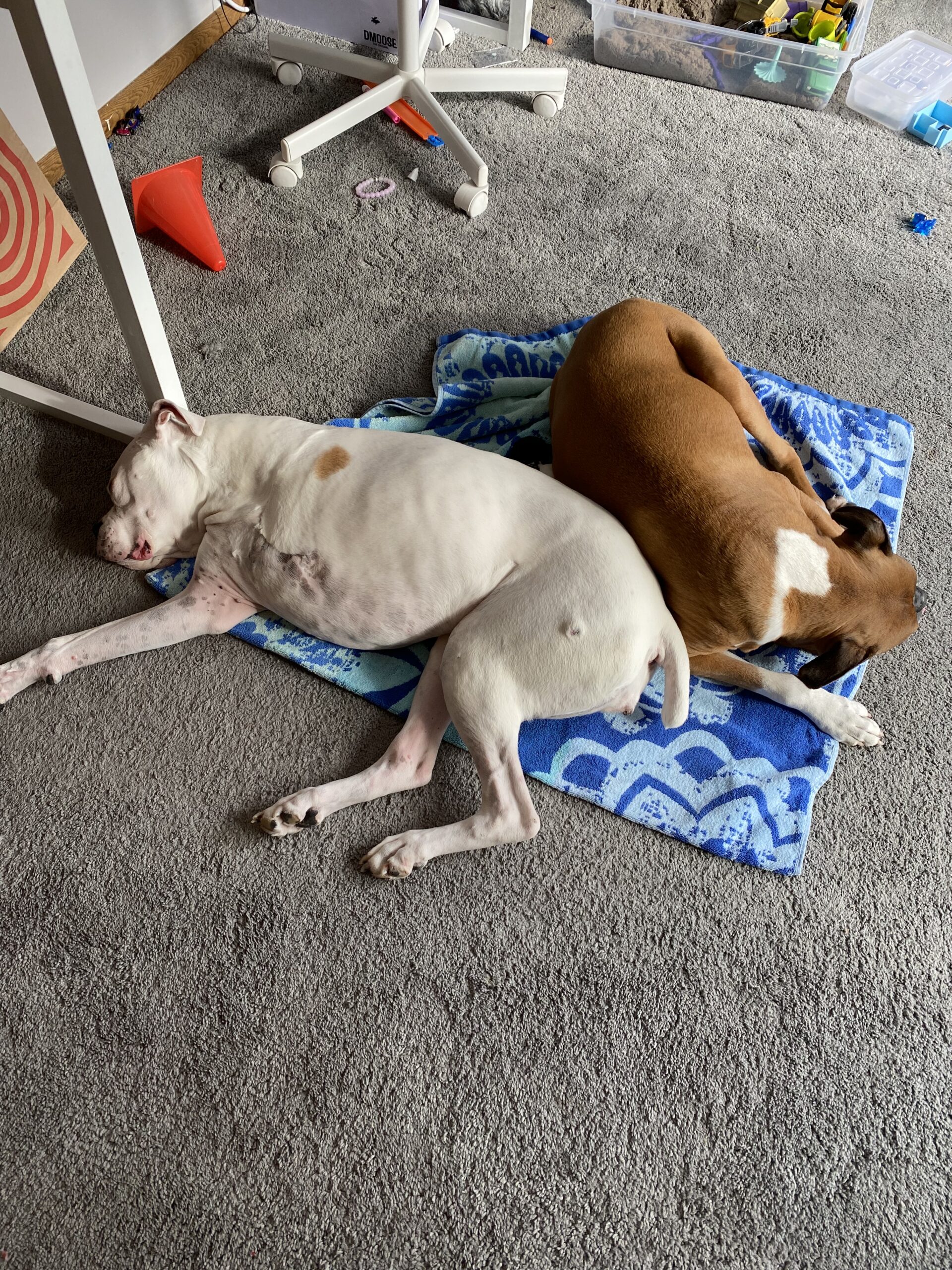 Chloe rested next to Jenson a lot during his last days with us. They were a very close and bonded pair.

An aging front tripawd boxer is not without challenges. Stairs are getting increasingly difficult for Chloe, and she’s less certain on her feet when trying to jump into bed with one of her three human kids or onto the couch.

It felt like such a scary and stressful choice 6 years ago, but time has allowed us to see how freeing it was to have Chloe’s leg amputated. She has doubled the years in her life now, and while we know she’s slowing down – we will continue to keep her comfortable and love her as long as she is comfortable and able. 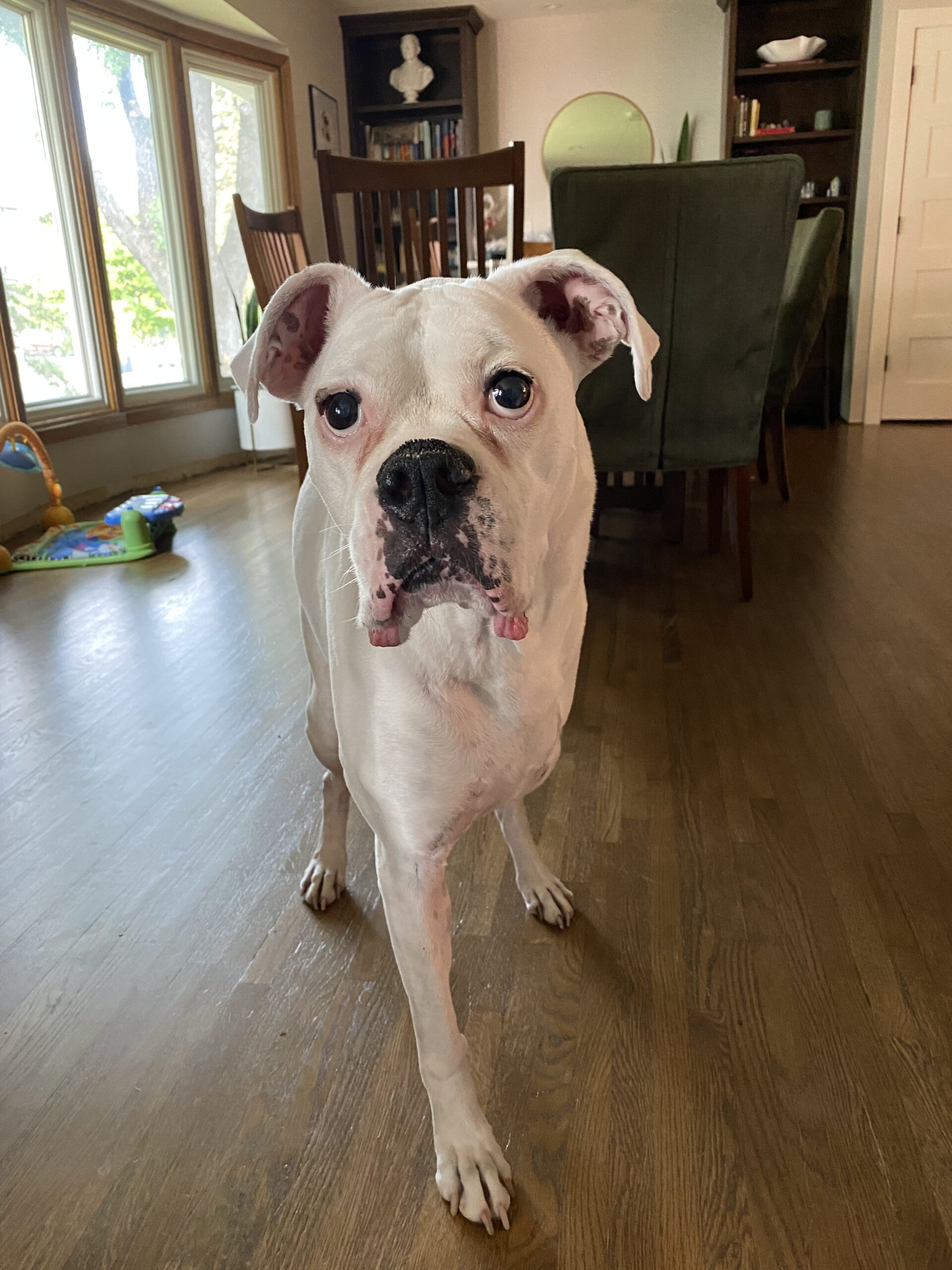 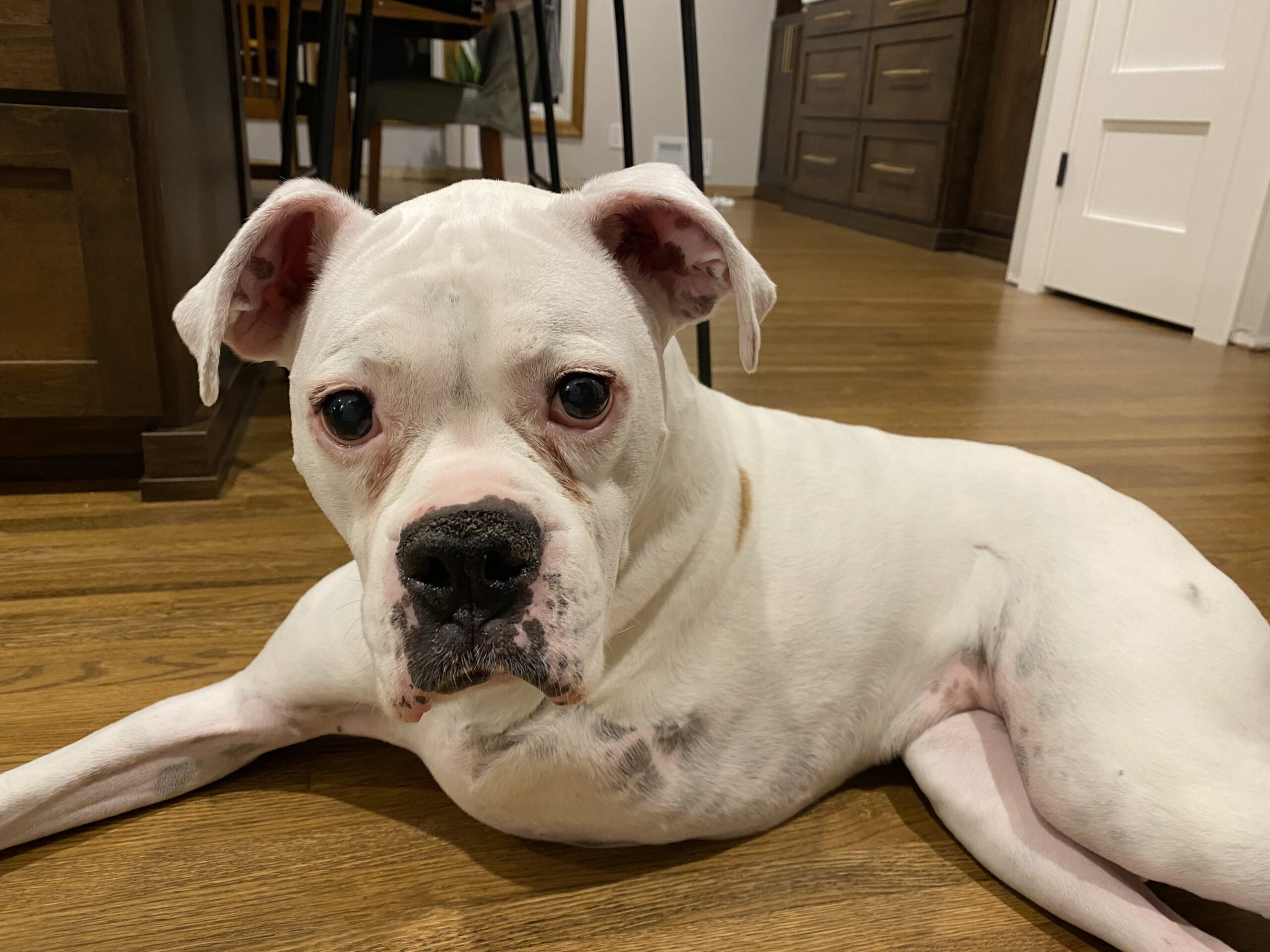